Get In Touch
Menu

Roger focuses on keeping the warehouse in working order. He has continuously learned new information about the components we ship for the past 2 years. Roger loves the people who work at PivIT and the leadership. He'll often say the leadership found in management -- "they keep it real".

Roger is a man of many stories. He may tell you about a couple country songs that were almost recorded by known country singers, but you'll need to buy him a Budweiser first. He believes that attitude is everything, and that a day without a hound dog is a day without sunshine! Roger and his wife, Glennette, brought up their 5 children in this mentality. The final must-know about Roger is that he is a proud owner of a Treeing Walker Coonhound.

A little help with a little smile gives meaning to human life."

More About Our Company → 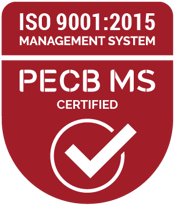